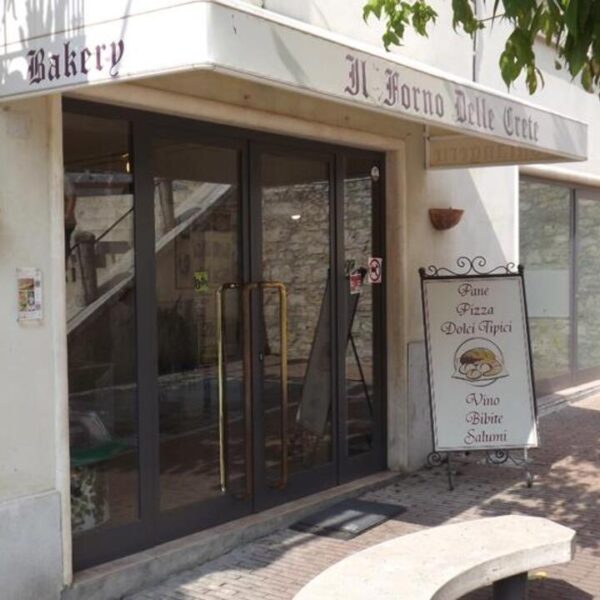 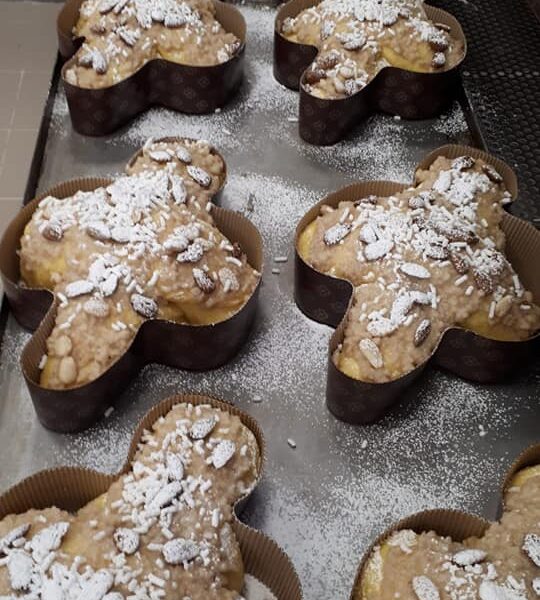 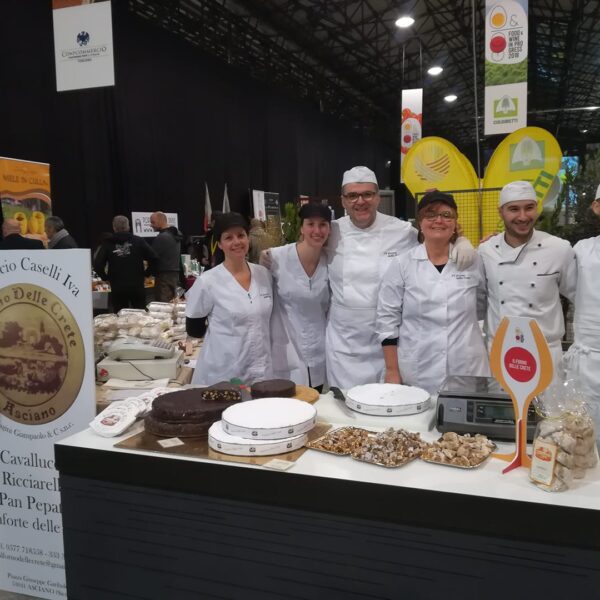 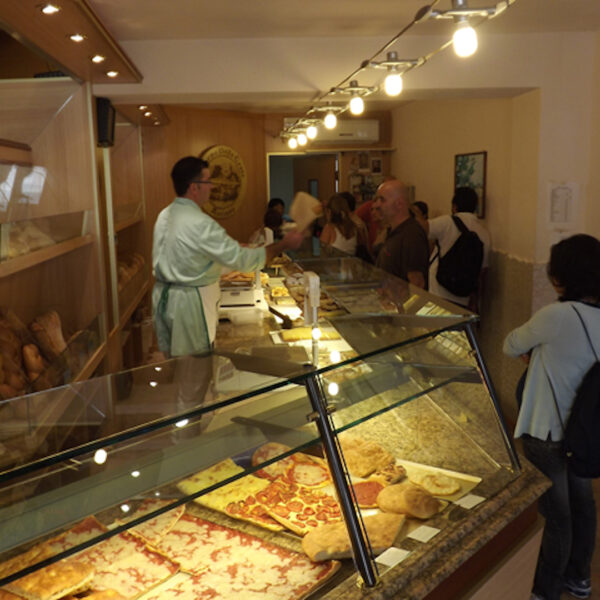 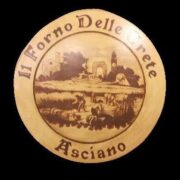 A scent of freshly baked bread and cakes spreads in the air around Il Forno delle Crete, artisan bakery and pastry shop with half a century of history behind it. A family-run business founded in 1966, overlooking the central Piazza Garibaldi in Asciano and where, every day, you can buy products made according to tradition, as it was done in the past.

Any example? From bread, in its various types, to ciaccino, from biscuits to brioches and doughnuts, through pan coi santi, tarts, yogurt cakes and grandmother’s cakes. Among the specialties, the Giardi gingerbread, a spicier version than the traditional Panforte Senese that comes from a recipe more than 200 years old handed down to Mr Giardi by his ancestors.

Over the years, the oven has received important awards including the “Maestro Artigiano Toscano”, awarded to the two current owners Gianna and Giampaolo, reserved for the best artisan excellence of the region.